Visitors think that we at the book store know everything! Mostly we do! But here's a little secret. Sometimes we don't! One thing we are a little iffy on is where is the best local "ethnic" food. To be completely honest, since we live here we don't go to the tourist spots!

I decided I should get some first hand knowledge so I have been gallivanting about town ordering open face sandwiches. That is the only item I am surveying at this point, so I plan to visit the four Danish restaurants which serve them. There are two others which are Danish/Mexican (you think it's crazy but it works) but they do not have open face sandwiches so they are off my list for now.

This is roast beef, horseradish, cucumber salad, crispy onions and tomato. It was delicious. This restaurant has a traditional scandinavian country home feel, also it is around the corner from the book store, so I recommend it often. It was clean and had a nice looking smorgasbord. 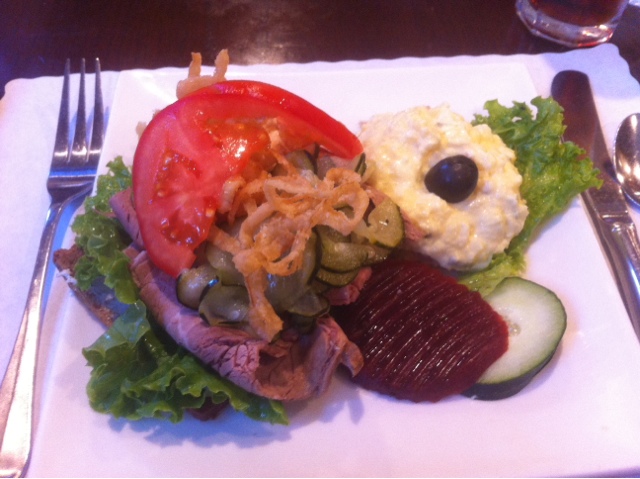 At the next restaurant, this is Danish meatball, cucumber salad, and red cabbage, which was a tasty combination. The potato salad here was a little undercooked. This restaurant is in a greenhouse building with a spacious patio. 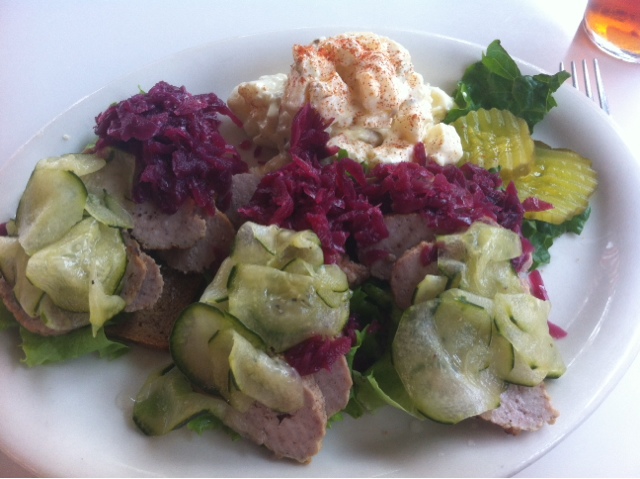 I was on a roll. The next week I checked out the third spot. This restaurant had the most varied selection of open faced sandwiches. It was hard to decide. They even had an Italian version.  I ended up ordering a sampler. I had to get it to go, so after I replated it at home it might not look as pretty as it did originally. This was enough for 2 people. Potato salad too, but I did not replate that!

From the top, clockwise: roast pork with red cabbage, pickled cucumbers and a prune garnish; havarti cheese with bell pepper and radish; shrimp and mayonnaise; and liver pate with the cucumbers again. I am normally not a fan of liver, so I was surprised that the pate was my favorite. Its umaminess combined nicely with the sweet and sour of the cucumbers. Havarti cheese is one of my favorites. I saved most of the pork for another meal. But the shrimp. Ugh. Too much mayo. 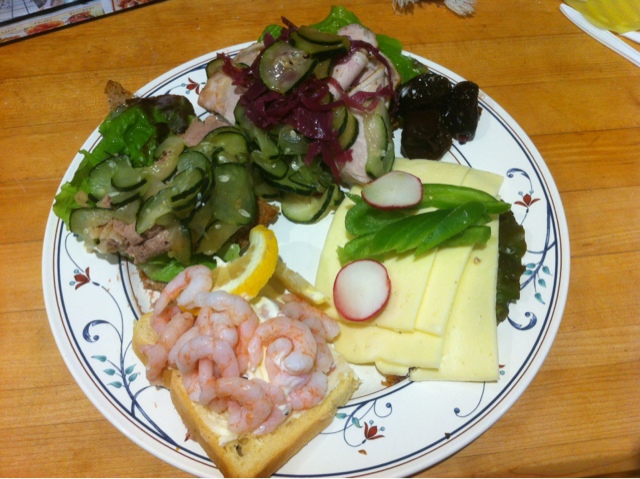 The fourth restaurant only has a combo plate, so I need to wait for a day I'm really hungry.

The weird problem I have with these open-faced sandwiches is how do you eat them? They are top heavy and almost impossible to pick up.  I cut them with knife and fork. The bread underneath is a small square or rectangle of pumpernickel (except for the shrimp, which was on white bread). I told one customer, who was concerned with eating too much, "there's only half the bread!"  The bread is just a tiny little platter underneath the tastiness on top.  If you are gluten free, ask for no bread. No problem. Then you get tiny meaty salads.

I think I've done my job, as far as open-face sandwiches are concerned.

My next local quest: who sells souvenir magnets.

Posted by smalltownme at 6:00 AM 2 comments:

A small percentage chance of rain was predicted this weekend. We were doubtful. We headed north on Saturday morning to visit Handy's mom. The fog grew rapidly thicker as we neared the coast.

Was this rain or just heavy mist? 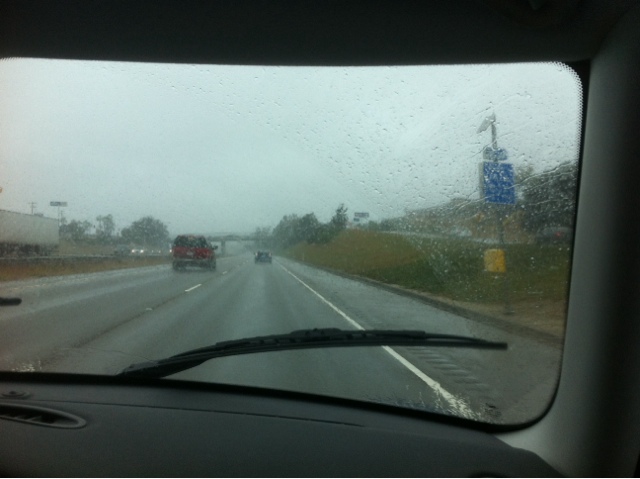 This was definitely rain on the way back. 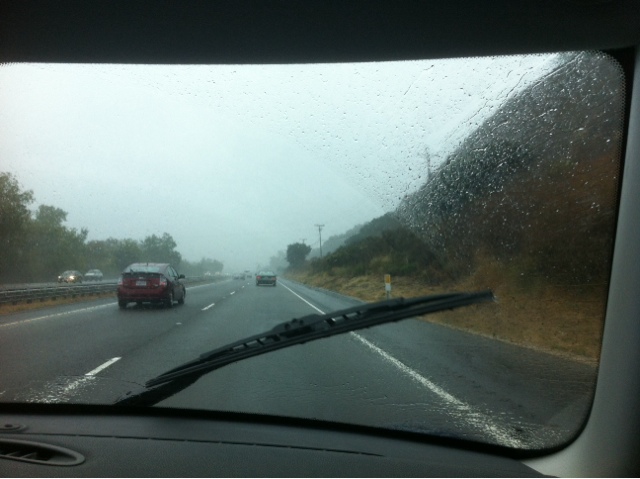 Now that I see the bad cell phone photos enlarged on the computer screen, they look almost identical, but trust me, there was a difference. First rain of the season, the road is slick, folks. We passed a rollover accident.

When we got home... ugh, it was partially cloudy and humid. I don't do humid very well. But by dinner time there was a slight pooling of liquid on the driveway.  I didn't notice other rain activity until 2:30 a.m. when there was a drip from the eaves at 3 second intervals. I kid you not. I mentally timed that drip for over an hour.

Humidly and exhaustedly yours,

Posted by smalltownme at 4:23 PM 2 comments:

Handy's friend in Taiwan sent a picture of a snail crawling on the curb. I'll show you that later.
Handy happened upon a snail this morning, so he sent a picture in return: 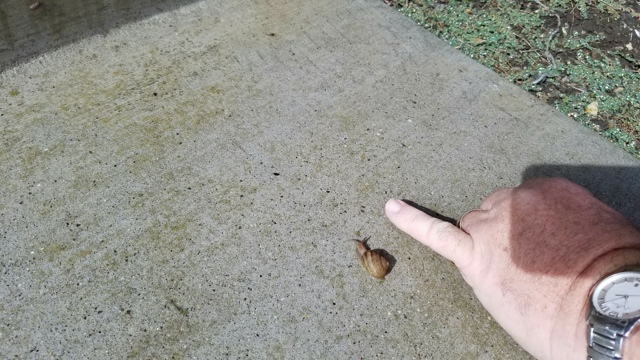 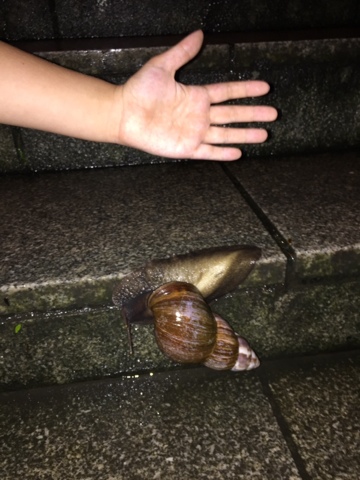