Homer's had a rough week. 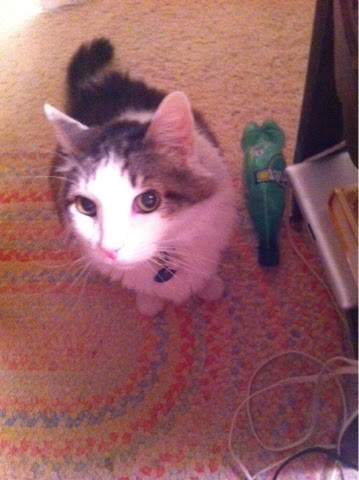 He had an incident with the dog-in-law on Sunday. Normally there is tolerance between the two. But this time said dog jumped on the couch next to a sleeping Homer. Imagine being abruptly woken from a delightful cat nap to be stared in the face by your mortal enemy. Homer rocketed off the couch, coughing, and vomited. He was too traumatized to do anything more than sulk under a rocking chair. 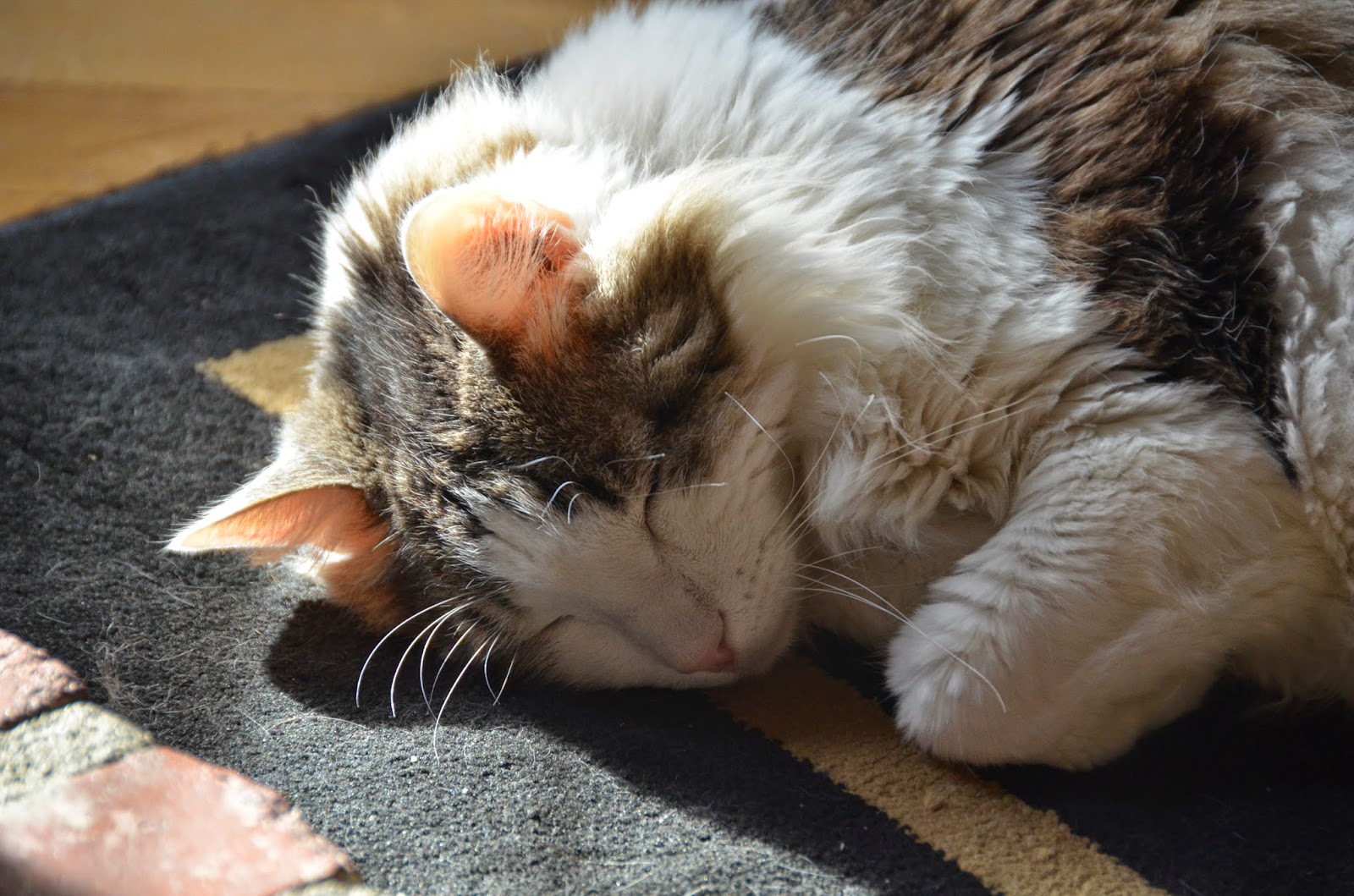 The next morning he binge ate, vomited again (he did go back for a refill), then went back under the rocker. That was also the day of his regular monthly vet visit. When I moved the rocker to get him, he ran upstairs and tried to get under the bed in the sewing room. Francine must have told him about that - it's one of her favorite hiding places. But Homer was a little too large and his rump was sticking out under the bedspread so I was able to capture him. He was grumpy for the vet, too. Usually he is a sweetheart. 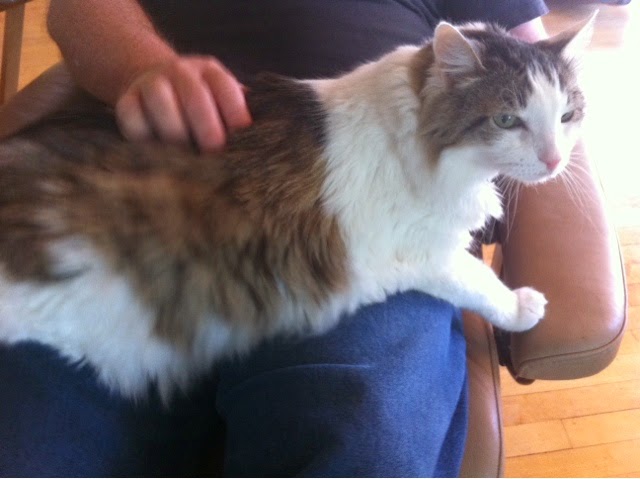 He stopped hiding but he has been picking at his food all week. Yesterday things were a little better as he requested some ham from my pizza and stole Francine's kibble. 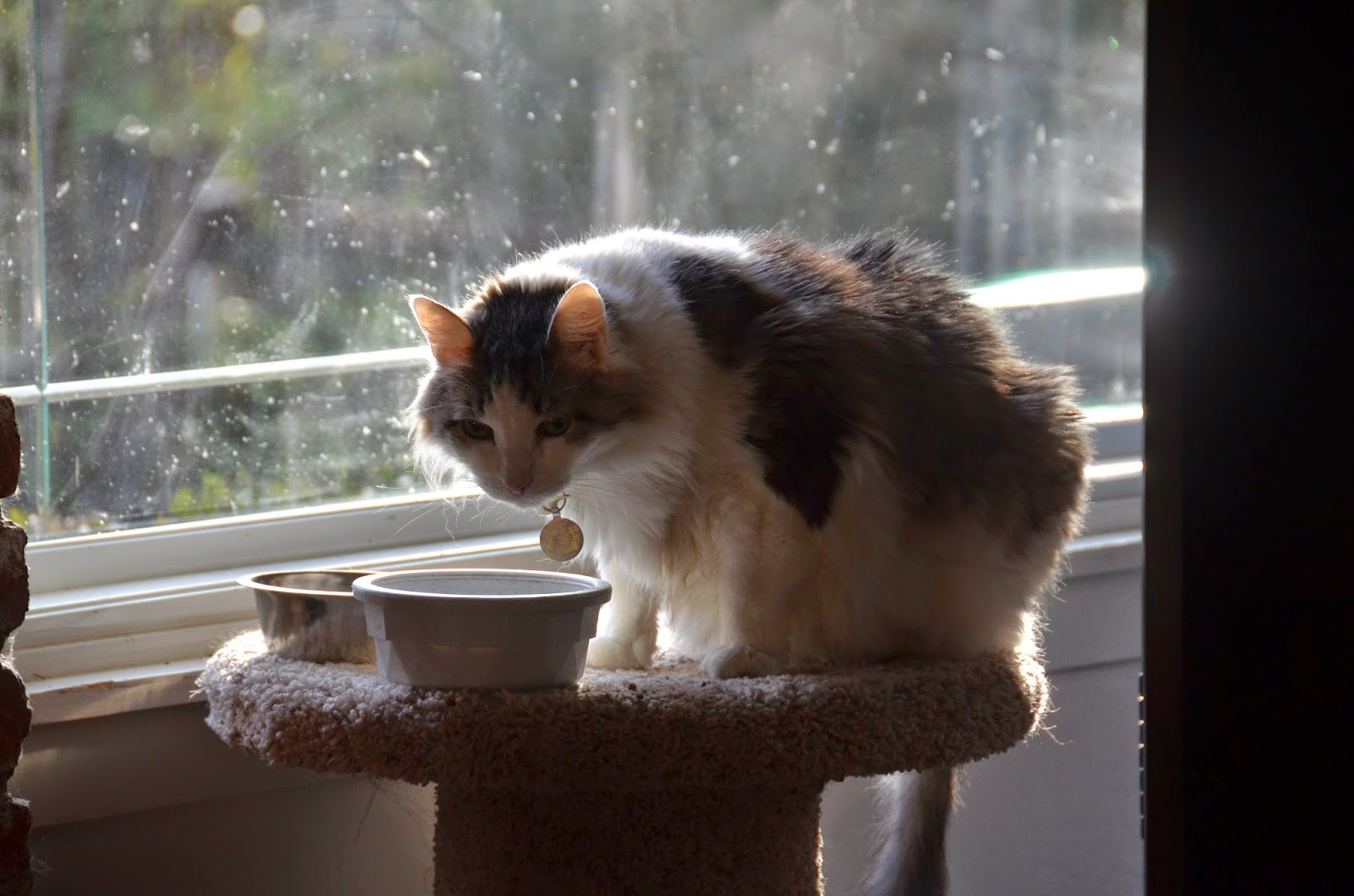 Today he seems back to normal: he scarfed the breakfast and begged for kibble twice. He is a little confused because when he leads me to the kibble cupboard I don't open it. I've started leaving a container on the counter instead. 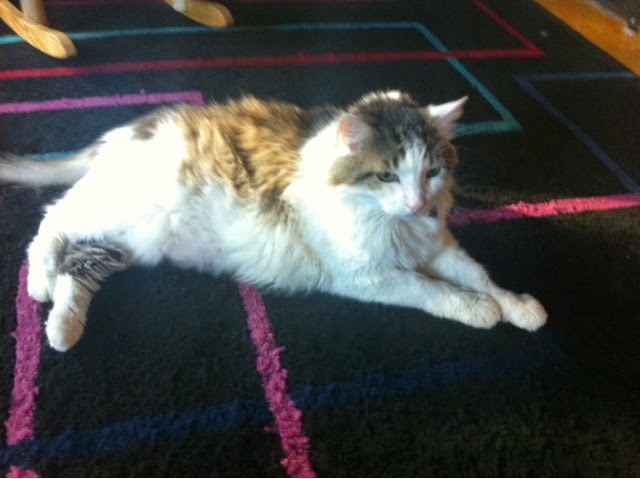 Here's to a good weekend. Ernest's returning so there will be lots of cat petting and snuggling!
Posted by smalltownme at 9:53 AM

Cleopatra is only just now getting used to having the dog around. That doesn't mean she likes it -- just that every little noise or movement by any of us no longer sets her into trauma mode.
May Homer have only peace and love this weekend!
And welcome home, Ernest!

Oh Homer :) Ernest is back! Awesome young dude. I bet the next pics you show are of him on some mountaintop, per his usual summer excursions....