Frank likes leeks. We have had his Crispy Fried Leeks many times.


One night he had a vision of something he once ate in a now-closed restaurant. I'm not sure if he achieved his dream, since I never had the dish in question, but there is no question that what he achieved in our kitchen was delicious. 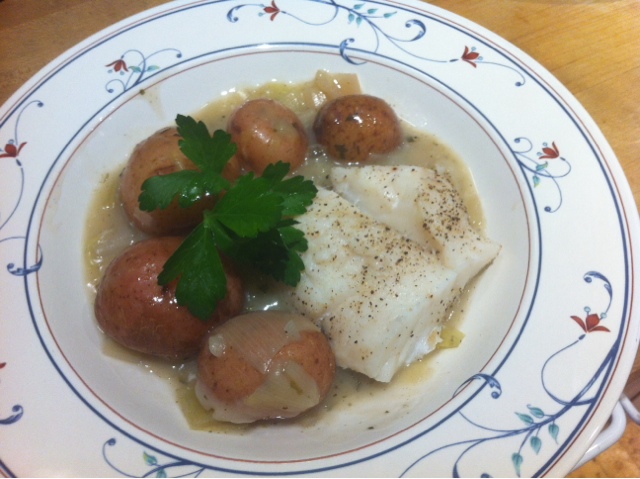 And now that Pokemon is so popular again, Frank reminded me of Farfetch'd. I don't think this was one of the Pokemon Ermest made me memorize. He had a poster next to his bed and quizzed me on the Pokemon in numerical order with all their evolutions.

I like the powers, the leek throw and the leek slap. 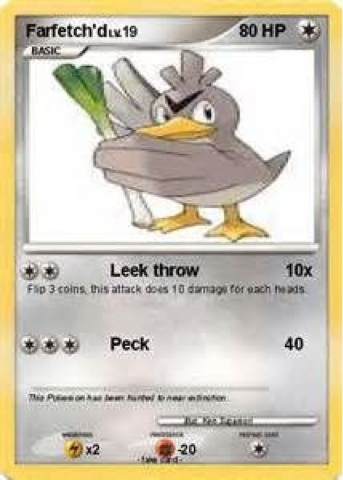 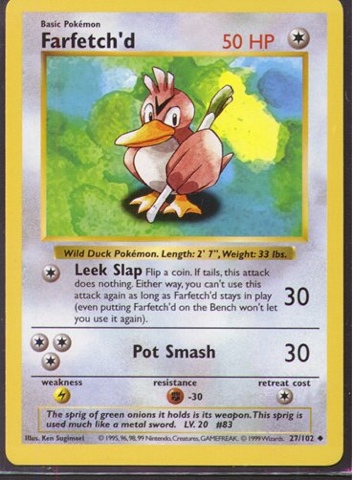 Frank is giving me so much information on leeks. I can't keep up.
Posted by smalltownme at 9:43 AM

Leek throw! Who thinks these things up?

It sounds like you had an extreme Pokemon experience during your child's childhood. That's pretty drastic to have to be quizzed on that stuff.

I didn't recall Farfetch'd until you wrote about him here, and I also had kids who quizzed me on Pokemon knowledge (I think we might have had the same poster).
Leek power! I do love it in soup and that dish looks delicious. (Don't slap the cook with the leeks!)