I was so happy with Tiny's enjoyment of my sewing that I started on another project, using my vintage 1970s patches. The LOVE patch has never been used but the Peanuts patches have a long story. You know me. There's always a story behind my stuff. 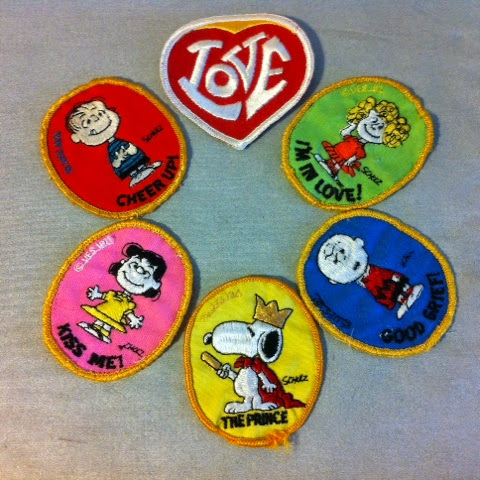 In the early '70s Weber's bread had a giveaway of applique patches of Snoopy, the Prince of Sandwiches, and his friends. I can't even remember how many bread wrappers I had to save to send in to get the patches. It was a big battle with my mother because she always bought the cheapest brand of pasty white bread so I had to beg for Webers which she thought was too expensive. 29 cents! I really don't know how I won this battle but I did.

So I sent away the wrappers and after the 4-6 weeks of waiting time, the patches were mine. And they covered every hole on my jeans throughout my teens. If I outgrew the jeans, I would carefully snip them off and save them for the next pair. 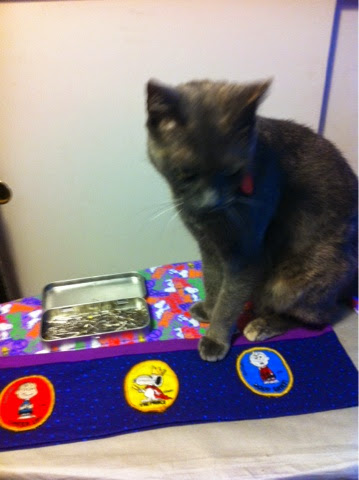 At a point in my 20s I decided I didn't need patches on my jeans anymore.  But having worked so long to earn them, they were like merit badges. I couldn't give them up. So they sat in a box. 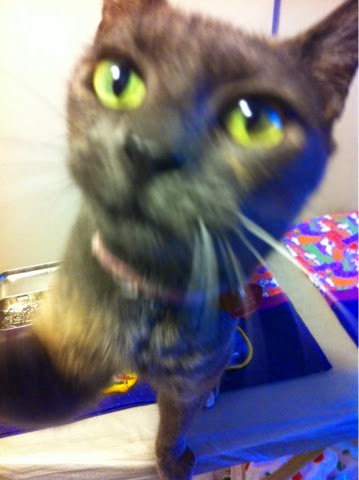 Around 5 years ago, I bought a piece of Peanuts flannel, thinking I would make a pillow. 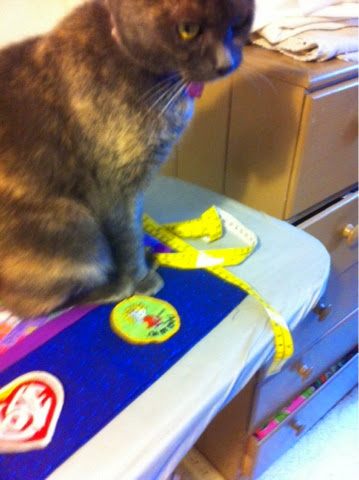 I had enough fabric to make two pillowcases. 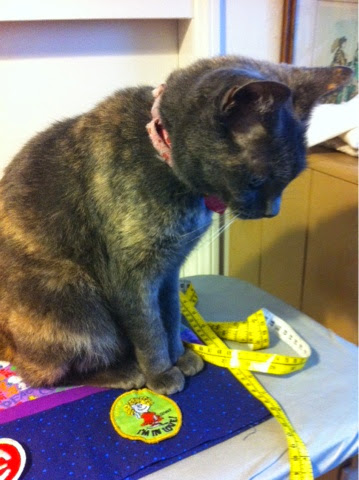 Thank you Tiny for ALL the help! 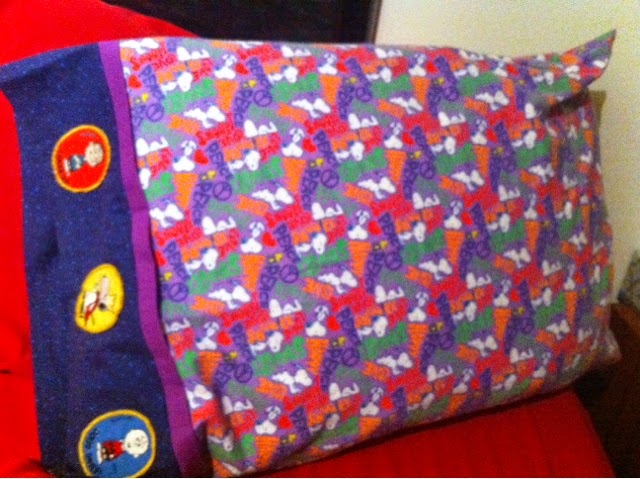 TOO cute--and sweet and wonderfully vintage.

Oh how BRILLIANT, so glad you kept them, and look at your helpful cat!

Don't ever get rid of those, they're fabulous! And probably quite the collector's items too.

That is so fantastic! I LOVED patches (and stickers) when I was young. You are so creative!

This is amazing. As a girl, I LOVED patches (and stickers)! You are so creative!!!

They do remind me of merit badges and I love how you saved them because of their history.
Good job helping, Tiny!