Episodes 0-6 were all about cuteness and adorability. In looking through Episodes 7-12, I see several trends developing, things that he still likes to do today. He is finding himself and his personality is coming through.

Age 7: Oh, isn't he a handsome little darling? We won't see him this dressed up again until episode 14. 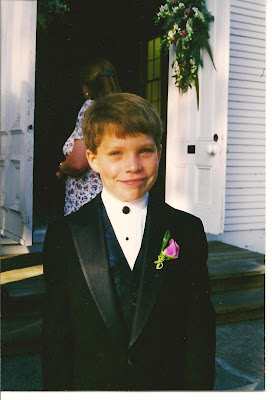 Age 8: The obsession with video games begins, starting with the N64. Which we still have. How many other systems have we been through? We even have a Super NES which Frank begged me to get on eBay. Now he wants to build his own computer for gaming, and he's saving up his paychecks to buy the parts. 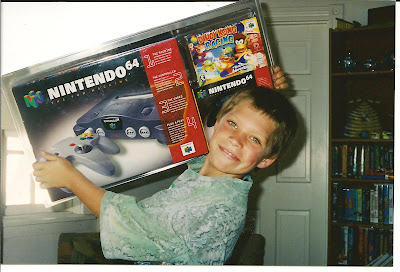 Age 9: He chose to geta lot of buzz cuts, probably because it was less work in the morning! I preferred his hair a little longer (guess I ultimately got my wish). This is a partially grown-out buzz. He got glasses (like mom and dad) this year but he's still smiling. 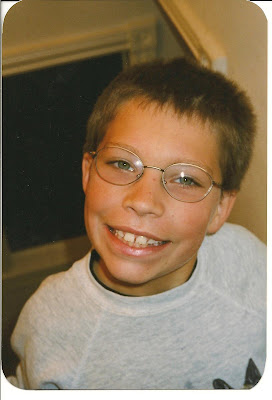 Age 10: His first concert was Weird Al Yankovic. This is the first of many concert t-shirts. 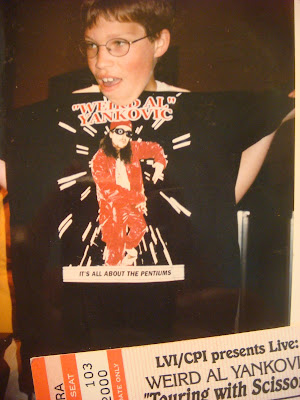 Age 11: He began playing the tenor saxophone, opening up a whole new world for him. Band gave him a place to belong. 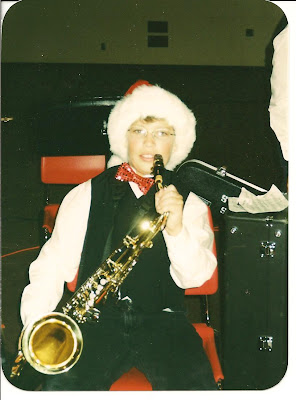 Age 12: This is one of my favorite Frank photos of all time. I love the lorikeet grooming his hair. 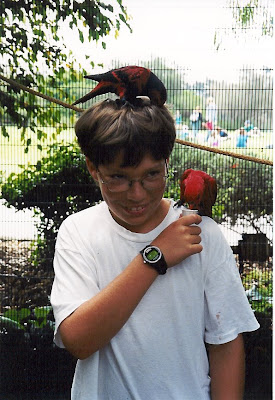 And we will move to digital photos so I don't have to tear apart any more albums! Yippee!

Posted by smalltownme at 3:00 PM

I love this! He's brave to have the bird grooming him like that too. Can't wait to see the next set.

The buzz cuts are cute, and that first picture IS just adorable.