This magnificent beast was called The Flying Pig. I guess they stab it so its bacon wings won't flap it off the plate. 4 kinds of pork. Handy devoured it. Later he said it was too big, he was full after half of it. So why did he continue to eat the rest, hmmm? Methinks he doth protest too much. 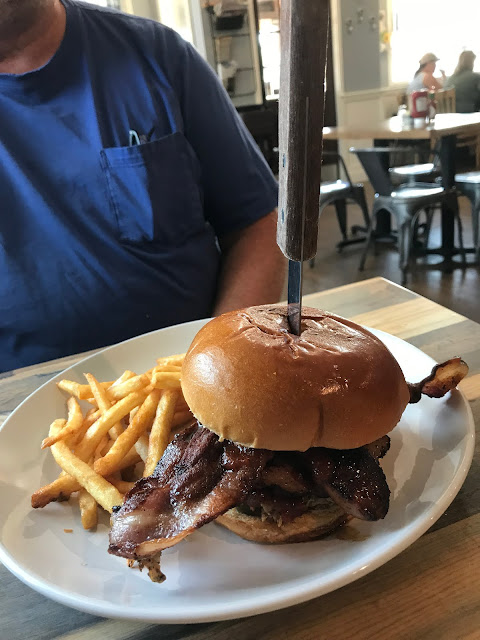 I had a sandwich which was a mash-up of grilled cheese and bacon avocado and tomato. It was yummy too. No photo, though.
Posted by smalltownme at 8:02 AM

Although I cannot see it, I think I prefer your sandwich.
At first read, I had considered that you might have purchased a little something from our cousin Gary.