On Wednesday we went to Hearst San Simeon Historical Monument, otherwise known as Hearst Castle. We dodged some rain. I was a little nervous because I'd made reservations for Tour 4, the Garden Tour.

It was clear along the coastline, but the hilltop was buried in the rain clouds. Oh dear. Where is it? It should be just up and to the left of Ernest's head. 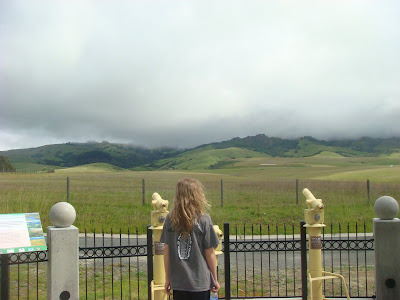 Riding up the hill, we entered the cloud level. 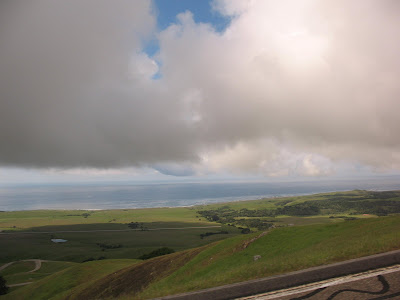 There it is, in the mist. 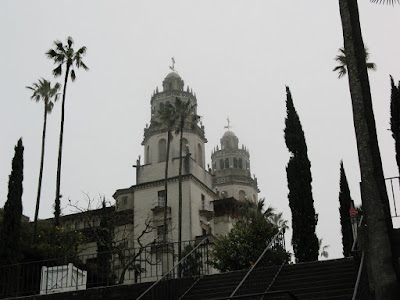 We were lucky and were only hit with a few sprinkles while we were there. I love the raindrops on this orange. 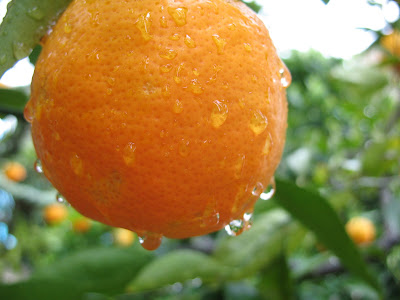 The orange trees were loaded with fruit. Bev, our knowledgeable tour guide, said all the fruit is picked and given to the employees. (She should know...she's been there 20 years.) Except for this lemon. She said a squirrel ate it. Who knew squirrels ate citrus? 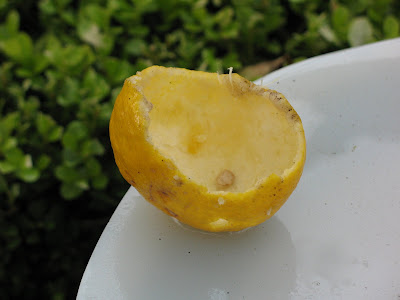 I'm always on the lookout for cherubs, or angel babies, or as I affectionately call them "baby Ernests." Because he used to look like that. Here's two of them. The second, a corbel on the eaves of Casa del Mar, was modeled after one of Hearst's twin sons. 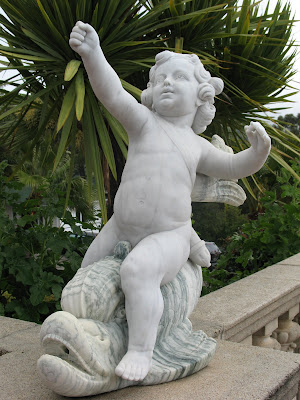 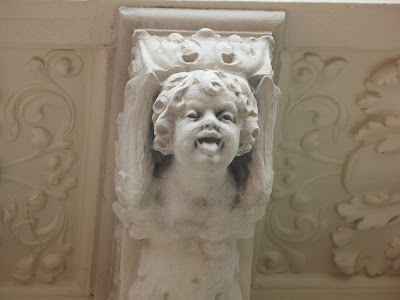 I managed to sneak in a family portrait. Yes, we are in a bathroom. 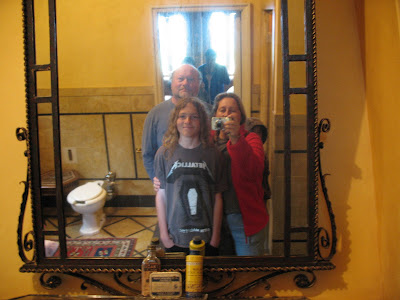 The rain clouds pushed back a bit. This is a view to the east. 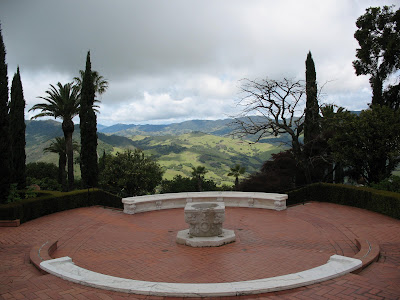 The guide said that in her 20 years there, this was the first time the Roman pool had been emptied. (Funny...once we were there and the Neptune Pool was empty. Our luck.) It was interesting to see it empty, though. When it's full, you can't tell how deep it is. 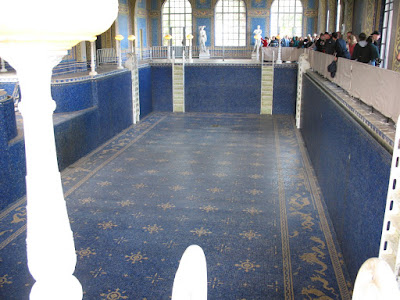 And back down the mountain, the clouds had lifted enough for the hilltop to be revealed. 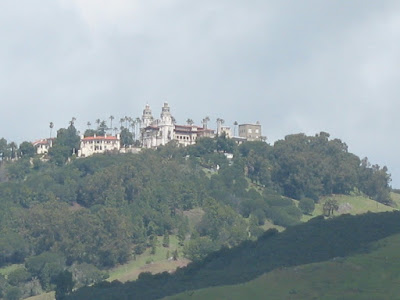 Oh, did I mention this was a garden tour? I have so many floral pictures, I'm saving them for another post.
Posted by smalltownme at 5:55 PM

I've always wanted to go to Hearst Castle and it's a must-do on my list the next time we're out your way.

That and finally meeting you, of course. :-)

What a beautiful tour! I love the statues and the view was incredible even if cloudy!

Glad you had a great time. Your pictures are wonderful!

Your photos are gorgeous! We were in San Diego about this time last year and the baby seals were out in force. They are just adorable. We even watched momma trying to teach them how to jump up on a rock. So much fun! I've always wanted to go to San Simeon. Now I feel I have. Love that pool! Wow. Thank you for sharing! (visiting through Lori).