Frank was a commuting child.  Both his dad and I worked out of town, so he went to infant care and then a pre-school near my office.  My co-workers' children all attended that pre-school at various times and everyone loved it.  One of the yearly highlights was Pony Pictures!

You can see in the first picture Frank is still sporting the Batman.  Although he was at least 3 here.  I can tell the sweatshirt has faded. 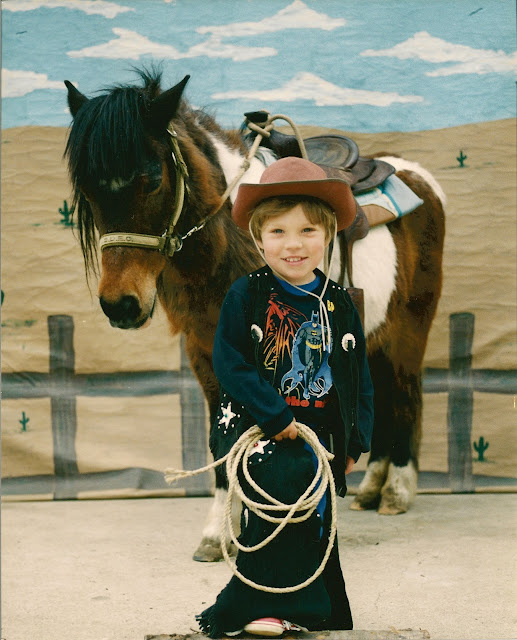 By the next year, he had progressed to other super heroes (Spiderman). 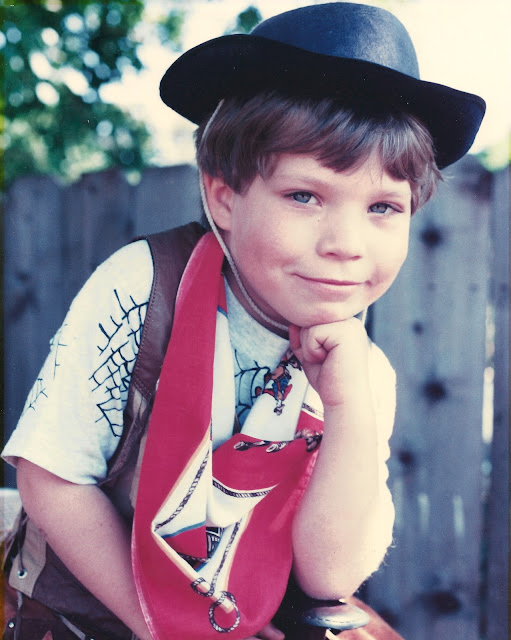 When I took this out of the frame to scan it, I found it was badly faded.  Fortunately, I think I have the negative somewhere.  I don't have a negative of the first one so I'm glad I took this opportunity to scan it.

By the time Ernest got to this pre-school, pony pictures were a thing of the past.  The beloved director was forced to leave because they insisted on hiring a church member.  Much of the joyfulness of this school had disappeared.  They seemed more intent on enforcing rules.   Ernest attended for a few months until he was potty trained, then moved on to a joyful school close to home.
Posted by smalltownme at 3:56 PM

These are photos that take you right back.

Those chubby cheeks!
Isn't it sad when you realize things like Pony PIcture Days will never happen again? *sigh*

Cute! The director at a preschool does seem to set the tone for the whole place!