While the Handy Husband did not have any major projects while he was home on vacation, he found plans for something interesting on the internet.

Once he acquired the necessary and highly technical parts (2 red Solo cups and a paper towel tube), he proceeded to make... 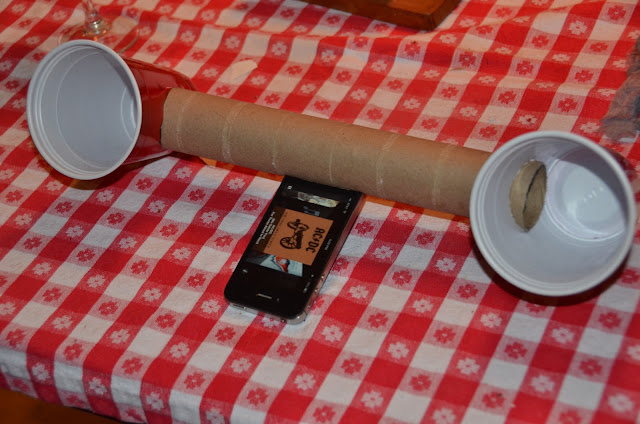 It works, sort of.  Strategic use of dryer lint inside the paper towel tube improved it somewhat.

He brought in enough dryer lint for my crafty project, fireplace starters. 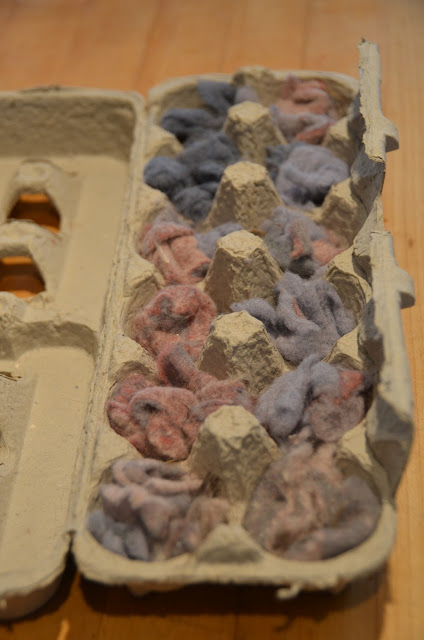 Put the lint into an empty cardboard egg carton.  Melt some candle stubs in a metal can set in a pot of water -- I bent the lip of the can into a spout which shows I am Handy too! 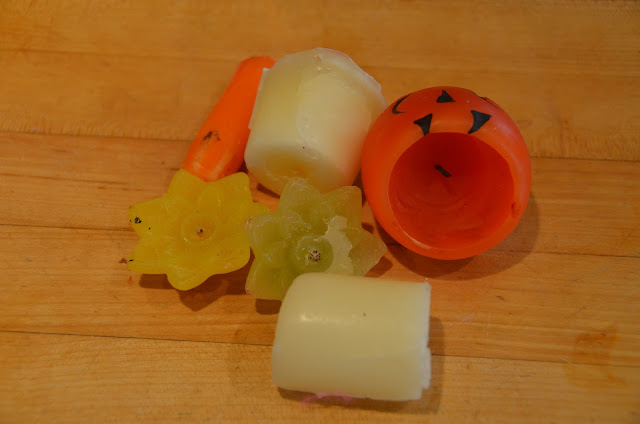 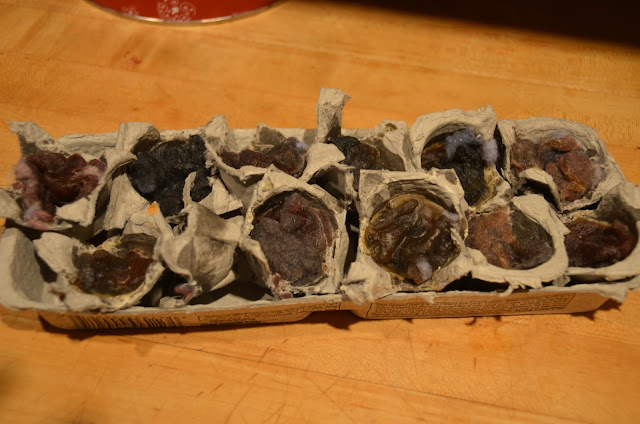 We haven't had a fire since I made them, so I cannot vouch for how well they work.

Posted by smalltownme at 5:00 AM

speakers, for like, 3 cents or just digging through the trash?! :)

They work great--T's made the same firestarters at Boy Scouts and we can vouch for their flammability.

firestarters not a bad idea, but ewwww....they look nasty

I'm about to melt the wax for our 3rd batch of those firestarters. SnakeMaster gave them as gifts but we haven't used one yet. Perhaps tomorrow.
They'd better work -- we've got five dozen of them! SM is taking them to "Klondike" (Freezeree campout) in a few weeks.

@Aunt Snow -- they look ugly but ours are pine-scented and smell really good!
I picked up candles on clearance at Wallyworld after Christmas. For a quarter, I can happily melt it all down.

Hope they work! We are having weeks of no burn days here...

we made firestarters for the holidays too, except without the wax. I'll be curious how they work for you. I did try using some of ours at home in the fireplace and it went super easy.