(What a wacky week.  Tuesday was on Monday, and now Saturday is on Wednesday.)

I have too so many unfinished projects sitting around and I'm getting annoyed with myself.  So I have been trying to complete a few. 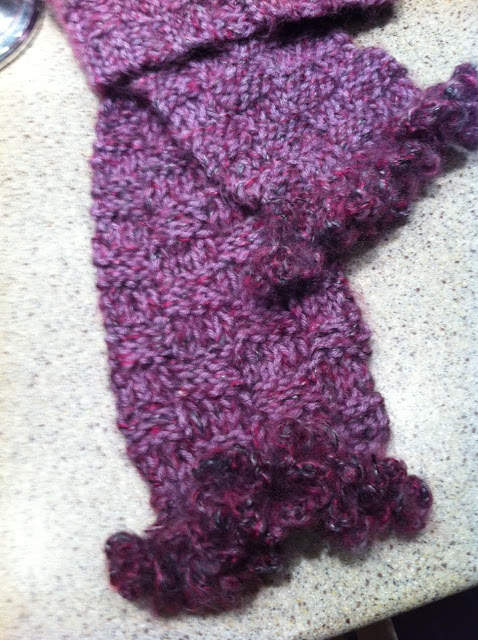 Hooray, I finished this scarf!  It had been sitting around for several years, reknit twice because it was too wide and short the first time. and too scratchy the second.  Mixing in some soft heathery yarn did the trick. 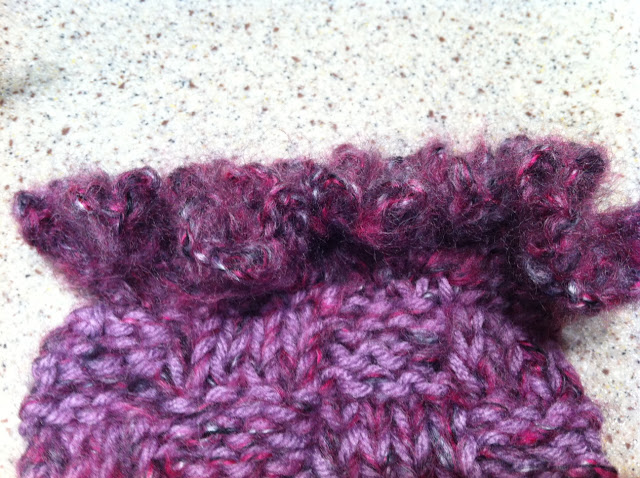 I did something wild and crazy and mixed crochet and knitting.  I like the crocheted ruffle instead of a fringe. 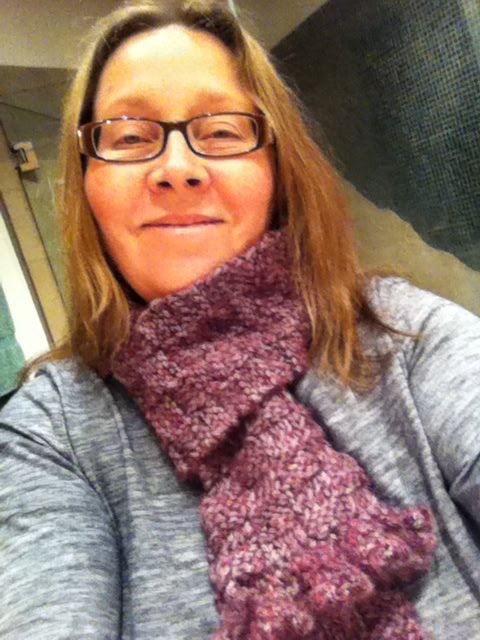 If I start another knitting project but I should finish some other things first, it would be this beautiful Entrelac Scarf from Frecklesandpurls.com.  I've been studying this tutorial from verypinkknits.

Brava! Doesn't that just feel so good to get something DONE?

LOVE your glasses, that's a great shot of you! And that Entrelac Scarf is gorgeous!

That's beautiful, and that's some determination, to knit a scarf twice!

Love the new scarf! Great color!
I think I threw out (or at least, I hope I did!) my failed knitting projects. After multiple attempts, the yarn wasn't worth saving. And I refuse to count my unfinished projects. Nope! Not going there...

That future project is GORGEOUS!

I just wish I could knit! I know how to, technically, but so slowly that I lose interest well before anything is finished.

I love your scarf. I hope you do go on to the Entrelac one before too long. :)

If I ever have to rip something out, I am LOATHE to reknit - LOATHE I tell you. I admire your sticktoitiveness, and the purple scarf!

You aren't the only one running behind... I am just now getting around to visiting from Saturday's PhotoHunt!
Love your scarf. The ruffle is over the top!
Tomorrow we are hunting a 'daub'~ see you then!

oh, how i wish i could knit...or crochet....your scarf is just lovely! and that picture of you? gorgeous!

i love (or, at least i think i do, it's been so long, i may have forgotten) finishing projects...maybe i'll see about doing that this weekend...