Night of the Living Bakery Boxes

The tourists have been out in full force in my small town.

I had to run the gauntlet to get to the store today. The store's parking lot was nearly empty but the town was not.

I took some detours on my way home to avoid the infested areas. Following two other cars through the back alleys, I was blocked by a horde (OK, five) of them all carrying large white bakery boxes in front of them. Five abreast, just like this: 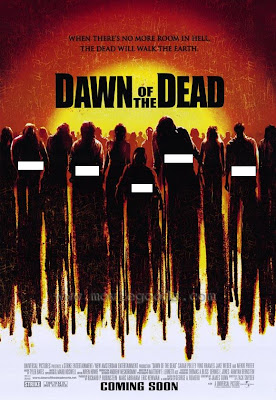 Aaaargh! Was I to be pelted with raspberry danishes? Taken down by a chocolate eclair? Felled by a fusillade of sugar cookies?

Luckily for me the horde parted to either side of the car. And those other two cars that made it out of the alley before me? I followed them safely to my own neighborhood.

All joking aside, I'm glad people are coming to support our small town's economy. And the pastry? It's to die for.
Posted by smalltownme at 4:30 PM

How funny! Was the bakery having a sale or the kids celebrating something, I wonder?

Scary stuff! But tasty too...