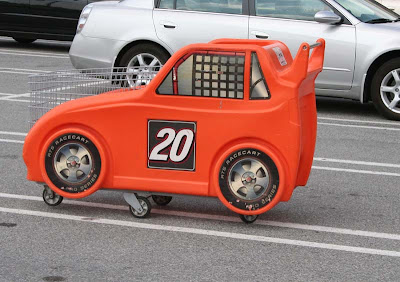 The boy I referred to before has been at it again. Constantly.
They put a sticker on a chart for every accelerated reader test they pass at 80% or better. At the end of the week, they get a raffle ticket for each sticker on the chart. Some big readers get as many as 4 stickers in a week. Get this, Tattler had put 16 stickers on his chart. Teacher said, Do you think we're stupid? We can check, you know. He was speechless with guilt.
We took practice tests in preparation for our STAR testing: for review, and also to practice good test taking skills. Being quiet, listening to instructions, not writing on the test booklet. All those things that are SO hard for them. If they are a good test taker, they get a star on their desk chart (yet another bribe reward). Guess who is not a good test taker? See above. Interrupts, blurts out answers, writes on his booklet, looks at his neighbor's paper. Sigh.
Guess who, on the actual tests last week, blurted out answers. We were not surprised.
Yesterday, he was allegedly dreadfully injured at recess and had to hop to the nurse's office as he said he could neither wiggle his foot nor place any weight on it. But he walked back to the class with no trace of injury. He felt like throwing up at 11:30. But he was running and playing at lunch time.
Yahoo featured Manners All Kids Should Know today. I would like to send this to the parents of almost every child in the class. Except for Mr. Gibbs.
Posted by smalltownme at 8:08 AM

Well, now that dumb ol' Blogger is back up - I CAN comment! You sound like you have infinite patience! But then teachers all have that built in I think.