I got culture today...

Cultural events this weekend.... (Unusual.)
Ernest was invited to a harpsichord class this morning. Very cool. He reports that the keys are much narrower, and it feels different. The key action plucks the strings, instead of a hammer hitting the strings on the piano. I have a video, but I have to figure out how to get it on here.
Then, miracle of miracles, Frank and I went to the theatah to see "Othello." Yes, my seventeen year old son accompanied me to Shakespeare. I told him it had a great villain. Oh yes it did! And how many modern villains have been derived from Iago's treachery? I felt like I was watching a soap opera.
Andrew Philpot as Iago 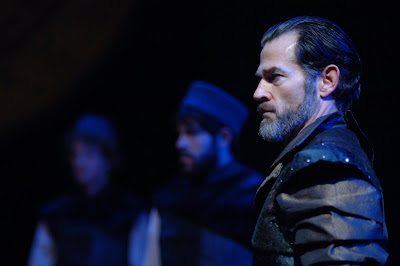 And may I say I have a tiny little mom crush on the actor who played Iago (who I occasionally see in real life because his daughter is in one of my classes and takes piano lessons right before Ernest). Look at the flare of his nostril! 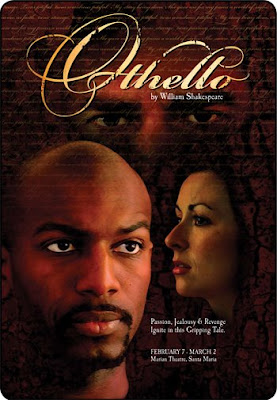 And a really big crush on Othello, because I don't know him in real life.

Posted by smalltownme at 6:51 PM

Very cool! I play piano too, but am still in the beginner stages.